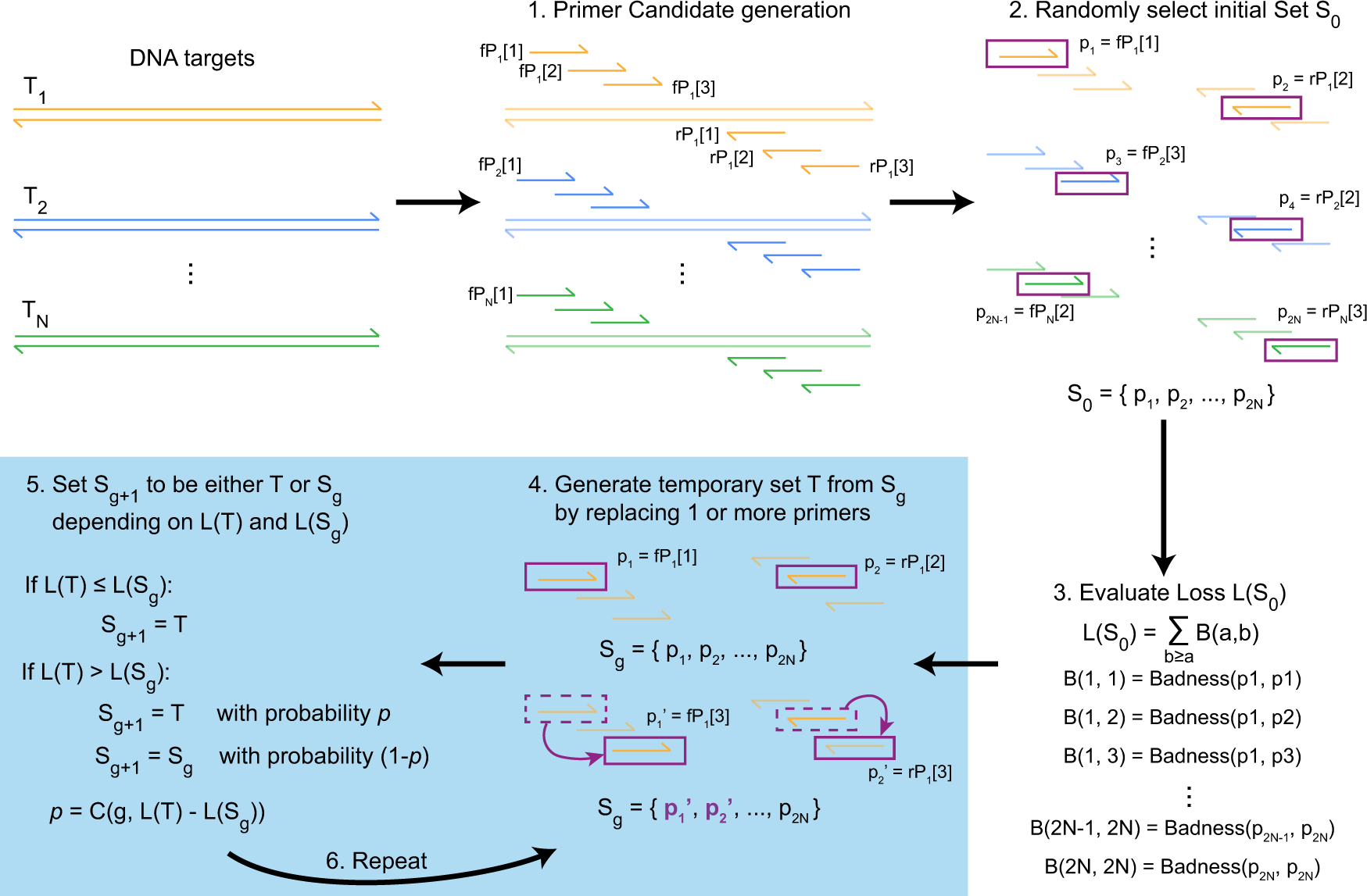 How to design a PCR multiplex?

PCR is a method used to perform amplification of specific genes by using a mixture of primers. However, designing a PCR multiplex involves more than identifying the right primers. It also involves understanding the limitations of a PCR multiplex and how to minimize these.

Whether you are designing a PCR multiplex or a single target amplification, the primers you use will have a direct impact on your results. A poorly designed primer set can lead to a reduction in sensitivity and/or precision. To ensure that your amplification experiments are successful, it's important to choose primers that have the best potential. Several factors should be considered when determining what primer set to design.

The number of primer pairs found in a multiplex solution is dependent on both the order of the candidate primers and the sequence of the primers in the initial primer candidate set. For example, choosing a forward primer at the start of a targeted exon may result in fewer tubes, while a forward primer close to a flanking region may generate more primer pairs.

A good way to design a PCR multiplex is to choose the smallest primer set that covers the template sequences that you intend to amplify. This will minimize the number of tubes that you need, while at the same time ensuring that all of your desired primers are covered. Moreover, a shorter primer will be more likely to anneal to the target, while a longer one may not.

Besides, the optimum annealing temperature also depends on the length of the amplicon and the desired specificity. For example, longer amplicons will require a higher extension time and/or changed cycling conditions.

Creating a multiplex PCR reaction is challenging, especially for high throughput and cost-effective analyses. It is essential to optimize the assay conditions for each primer and to reduce the number of nonspecific amplicons. In addition, it is important to design specific primer sets that will produce distinct amplification products.

To improve the performance of your assay, optimize the assay conditions for each primer, including the concentration of each reagent and the Ta of each primer. This can be done in several ways, but a standard curve analysis is an essential tool to verify the correct conditions are being used.

In order to minimize the amount of nonspecific amplicons, it is advisable to minimize the size of each primer. This is achieved by selecting primers that are complementary to known genomic sequences. The length of each primer should be no less than 18-25 nucleotides. If the primers are too long, the reaction may not be able to achieve the desired amplification.

A robust multiplex primer set design algorithm can simplify the workflow of qPCR assays. This approach can also be used in conjunction with enzymatic methods and size selection methods to generate highly multiplexed primer sets. In addition, it can eliminate the need for strict contamination control in open-tube steps.

A good loss function can help predict the likelihood of nonspecific amplicon formation. The current loss function can be improved by considering external factors, such as genomic polymorphisms, nonpathogenic DNA polymorphisms, and the average length of the DNA molecules in the sample. The time complexity of the evaluation of the Loss L(S) of the whole primer set is O(P2), while the evaluation of the Loss L(S) for each individual primer is O(P3).

Among the most important ingredients in PCR master mix is magnesium chloride. It helps promote Taq DNA polymerase activity and enables annealing of primers at specific sites. However, too much or too little MgCl2 can cause problems. It may also lower the PCR yield.

MgCl2 has been shown to increase the melting temperature (Tm) of a PCR reaction. The Tm is calculated by the formula Tm (degC) = 2x (nA+nT) + 4x (nG+nC). Increasing the concentration of MgCl2 can help improve the amplification of difficult targets.

Multiplex PCR, which allows for simultaneous detection of two or more products, has been widely used in forensic and diagnostic genetic analysis. It can also be used for semi-quantitative gene expression analysis using cDNA templates. But, a high quality reagent is necessary to ensure good output.

REDTaq ReadyMix contains 99% pure deoxynucleotides. It also contains a high quality Taq DNA polymerase and inert red dye. This combination of convenience and performance makes it an ideal PCR reaction mix for a variety of applications.

In addition to the REDTaq ReadyMix, NEB offers multiplex PCR 5X Master Mix, which features a high yield and robust performance. This kit contains all reagents necessary for quantitative real-time PCR. The kit is compatible with both Illumina and Cepheid systems. It also contains a 1X ThermoPol(r) Reaction Buffer. It is stable for 15 freeze-thaw cycles.

If a custom master mix is desired, you can use the PCR master mix calculator to determine the right ratio of reagents. You can then pipette the mixture into a plate well or tube and test the concentration of the target DNA. This method eliminates the risk of contamination and pipetting errors.

PCR is a common molecular technique to detect and analyze many different organisms. A multiplex PCR is a particular type of PCR that detects more than one target at a time. This method of amplification involves using more than one set of primers in a single PCR reaction.

Multiplex PCR is typically used in the field of genotyping and has been applied in the detection of foodborne pathogens. However, this method of amplification has a few limitations. In addition, it can be challenging to develop an optimal PCR program.

First, a primer for a specific target must be designed. It is important to consider the length of the nucleic acid, the number of GC's, and the relative amplicon sizes of each target. Having enough variation in the GC content, melting temperature, and base pair length will help produce distinct bands during gel electrophoresis.

Secondly, amplification efficiency is limited by the amplification competition between the primers. This may result in the misrepresentation of targets with low abundance.

Thirdly, multiplex PCR cannot be applied to very large target sequences. In the case of food control, genes of genetically modified organisms are frequently investigated. Therefore, it is important to select the primers and the mastermix carefully.

Optimising the mastermix can also reduce the competition for reagents in the reaction. This is an important step in the development of an optimal multiplex PCR program. In addition, a good primer design is essential for the success of a multiplex PCR reaction.

The disadvantages of a multiplex PCR assay include its limited amplification efficiency, the presence of polymorphisms, and the lack of discrimination between true negatives and reaction failures. Nevertheless, this is an instrument which can save considerable amounts of time in the laboratory and is valuable for diagnostics.

Multiplex PCR is a powerful instrument in the traceability field. It can be used to identify DNA from different sources, including those from plants, animals, and microbes. It can also be used to test for viral agents and GMOs. In addition, it is an ideal instrument for conservation of templates.

Aside from the technical challenges, a multi-target assay is often expensive and requires time-consuming optimization procedures.